HOUSE & GARDEN COCO BACK IN STOCK! CHEAPEST 50L BAGS OF COCO ON THE MID NORTH COAST.

Taking a few minutes each week to maintain and monitor aquarium conditions is the key to a healthy aquarium.   Nitrite is produced in the aquarium by fish waste and uneaten fish food.  Toxic nitrite is produced by nitrifying bacteria in the biological filter as it breaks down ammonia. Low levels of nitrite inhibit respiration and suppress the immune system; high levels cause suffocation.  The NITRITE TEST KIT tests for harmful nitrite levels from 0 to 5 ppm.  For use in freshwater and saltwater aquariums. 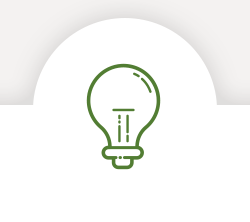 THE GROW SHOP PRODUCT TIP: THIS TEST KIT CAN BE USED TO TEST NITRITE LEVELS WHEN YOU FIRST START CYCLING YOUR AQUAPONICS SYSTEM.

The best products for your growing needs